Audio is 50% of a successful screen production, so it’s important that you have good sound on your video file before it screens. That much is straightforward.
Our job as sound engineers is to make your audio work for your project. Yes, we can clean the audio to some degree or replace dialogue with ADR (additional dialogue recording). But all this will either cost you more in the long run, or steal from audio post time that you could use to achieve more exciting results for your project.
There are things you can do when recording sound in the field to help us make sure you get the best possible audio – even on a low budget.
Let’s look at some of the things that can hinder the audio post mix process when sound is recorded by non-professional sound recordists:

Noisy background
 
Shooting a PTC (piece-to-camera) in front of a huge waterfall may look good, but you need to understand that the audio quality of the camera mic is not going to cut it.
In environments that have broadband noise elements like waterfalls, water features, cicadas, heavy traffic, or loud crowds, you need to have a close mic on your subject – like a lapel mic. If you are using a boom, get it as tight as you can – but it’s not going to help with the wide shots.
In noisy environments, the closer you get to the subject the better for signal quality. But when I say close…. 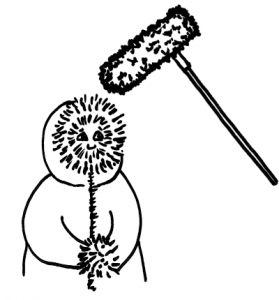 Muffled microphone
Not so close that the only thing we can hear is the subject’s heart beat, clothing rustles, and the very distant dialogue of a person hiding under a pile of pink bats!
If you put a mic under 3 layers of clothing, that’s what it will sound like, and there’s little we can do to make it nice.
The only way to find out what it sounds like is to listen to it live with…

Headphones.
Most problems can be solved on the spot if your sound recordist wears headphones.

Distortion / Overload
This is another problem for which, contrary to common belief, there’s no magic button.
Distortion can happen when your signal flow is not properly set up. The most common cause of it is adjusting the output of the recorder for signal levels rather than mic input.
So, instead of lowering the output to get less volume to tape, first look into the levels coming into the mixer or recorder. If they are peaking on the way in, they will still be crunchy on the way out – no matter how low your output level is.
I’ll take low-level signals any day over distorted stuff.
But not too low…

Low levels
In the digital age, we are lucky to have a lot of headroom for sound levels, so let’s use it. But if you leave your mic gain as low as it can go, it becomes really hard to distinguish words from the sound of stray electrons moving about. Hiss was acceptable in the 80′s, not anymore.
Some of this low level can be associated with: 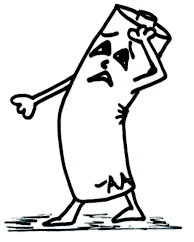 In fact, they tend to have a short life span when pushed to their limits. A wireless mic setup can push the battery life  over the edge and give you audio that can be kindly described as “unusable”.
So, use fresh batteries on the day of the shoot. And if it’s a long day, change the batteries at least once. Believe me, the saying “money well spent” was invented for this.
Once you’ve accomplished the basics, there are nice things you can do to improve the overall experience for us mixers.

Better equipment
As a general rule, the more expensive the gear, the better it is. You get what you pay for.
Renting is a good way to go about getting your hands on top quality stuff from project to project. For instance, DSLR cameras can be great for the picture quality, but the sound quality leaves much to be desired.
So if you are shooting on a DSLR, I recommend recording separately on a quality hard disk recorder. The question is, how are you supposed to sync the audio? There’s a little application called Plural Eyes that can save you hours of post syncing. http://www.singularsoftware.com/pluraleyes.html

Multiple tracks
If you give us options, we can pick and choose what’s best for the given scenario. So, for example, record your subject with both a lapel and a boom mic. If the lapel has too much rustle, we’ll use the track recorded from the boom; if the boom has too much background noise, we’ll work with the lapel.

Room tones / atmos
Room tones can be tremendous help in the post. All you need to do is have everybody on set stop work and conversation for 5 seconds and record that (I know, it can almost be impossible).
Especially with exotic locations, the surrounding sounds may not be easily replicated to cover up holes and fix cuts in the edit. Even recording that particularly noisy camera sound can help.